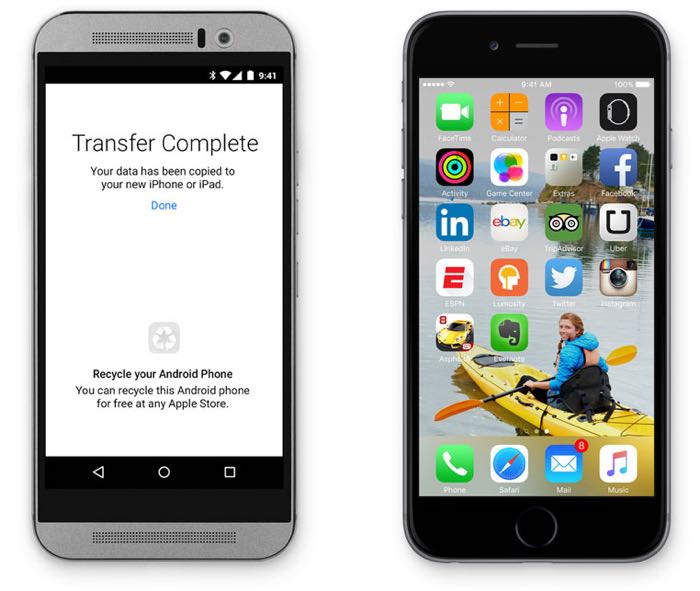 Apple is obviously looking to get people to switch from Google’s Android platform to their iOS platform and it looks like iOS 9 will come with a new app to move your information over from an Android device.

The app is called Move to iOS and it will be available when Apple launches their new iOS 9 OS, the app is designed to help you move you data over to an iOS device.

Just download the Move to iOS app to wirelessly switch from your Android device to your new iOS device. It securely transfers your contacts, message history, camera photos and videos, web bookmarks, mail accounts, calendars, wallpaper, and DRM-free songs and books. And it will help you rebuild your app library, too. Any free apps you used — like Facebook and Twitter — are suggested for download from the App Store. And your paid apps are added to your iTunes Wish List.

You can find more details about this new Move to iOS app which is coming in iOS 9 over at Apple at the link below.