Back at the beginning of the year we featured the new iCade Mobile smartphone gaming controller that was being developed for Apple’s Apple’s iPhone 4, 4S or iPod Touch devices.

The iCade Mobile gaming controller was expected to arrive in May. But has now started shipping. It connects to devices via Bluetooth and supports over 400 games. Watch the iCade Mobile in action after the jump. 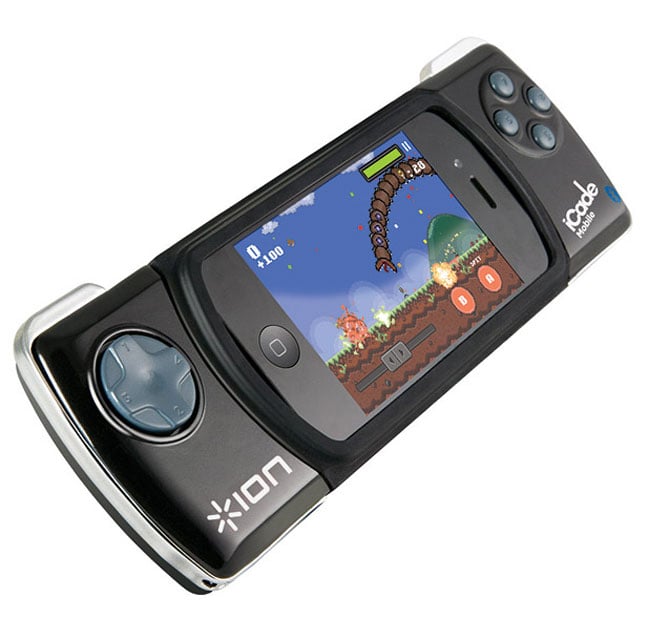 iCade Mobile has been designed to hold iOS devices in either landscape or portrait orientations, and is now available to purchase for $80 from the Thinkgeek website.

“With iCade Mobile, gamers using iPhone or iPod touch finally have a true tactile controller. While touch screens are great for some games, when it comes to mastering intense combat, racing, or adventure games it helps to have more than a touch screen.

That’s the problem iCade Mobile solves—it gives gamers all the tactile controls they need for mobile gaming: a four-way directional pad, action buttons and four triggers, each designed to withstand even the most fierce button mashing.”