A team of scientists at IBM have created a technology that uses light to allow chips to communicate and replace the traditional methods using electrical signals via copper wires. The tiny silicon circuits called nanophotonic avalanche photodetectors use small pulses of light to communicate to each at super fast speeds receiving optical data signals at 40Gbps (billion bits per second) and simultaneously multiply them tenfold. 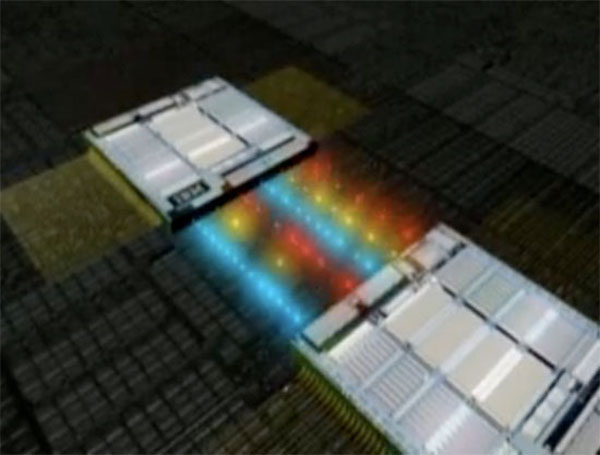 These next generation communication methods could bring super speed computers that are also very energy efficient and environmentally friendly.

The IBM device explores the “avalanche effect” in Germanium, a material currently used in production of microprocessor chips. Analogous to a snow avalanche on a steep mountain slope, an incoming light pulse initially frees just a few charge carriers which in turn free others until the original signal is amplified many times. Conventional avalanche photodetectors are not able to detect fast optical signals because the avalanche builds slowly.