Cooling something with a liquid that is already hot doesn’t sound like it would work too well. Unless that hot water is already cooler than whatever you need to chill. IBM has announced that it has installed a new liquid cooled supercomputer in Switzerland called the Aquasar.

Aquasar was installed at the Swiss Federal Institute of Technology Zurich and uses waste hot water left over from the process of heating the buildings at the school. The supercomputer uses 40% less energy than a comparable cooled air machine. 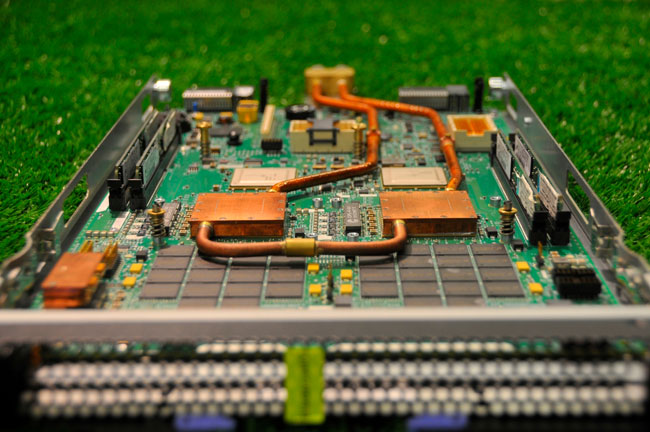 IBM says that the computer has an 85% smaller carbon footprint than other supercomputers thanks to the cooling method. The hot water going into the computer is at about 60C and coming out the water is 65C.