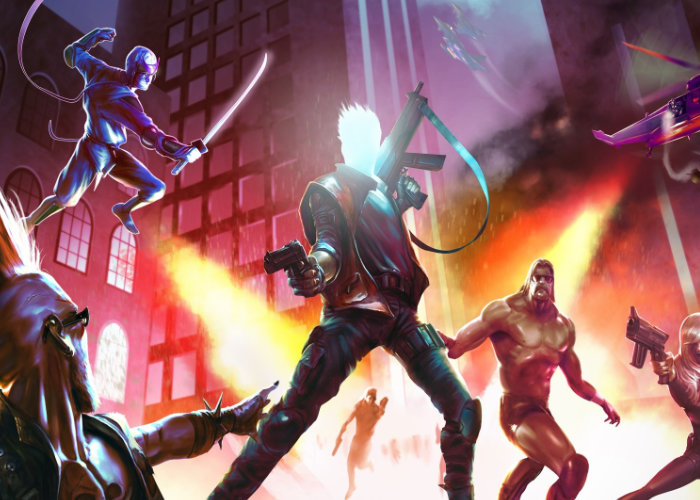 After previously launching on the PC and PlayStation 4, developers Troglobytes Games have now made their HyperParasite game available on the Xbox platform. Offering a rogue-lite twin-stick shooter/brawler that never plays the same twice. HyperParasite supports both single player and local cooperative two player action and is now available to purchase from the Xbox store priced at $15.

“Collect and control 60 different characters as the body-snatching alien Parasite with a grudge against humanity. Fight to the top of the food chain: possess the President, push the Big Red Button and one-up the human race. Invading a grime encrusted dystopia straight out the eighties, you’re the monster the authorities warned about. Dragging your bloody tentacles on the greasy asphalt, you snatch body after body.”

“You are the HyperParasite; an evil alien with a bone to pick with humanity…just because it’s fun. Infesting the sickest corners of the most ass-kicking decade, you must fight your way to the top of the pop-cultural food chain, in order to push the Big Red Button and bring about the mushroom cloud of finality. Be the baddest, navigating the dangerous procedurally generated streets of a hopeless past, in this tough twin-stick roguelite brawling S.O.B.”