This week Hyperkin have unveiled their new PS3 Remotext device which combines a full QWERTY keypad and DVD-Blu-ray control together with Playstation style buttons and thumb pads.

The new Remotext has been designed to enables you to text other players on the Playstation Network, or use its dual analog sticks and buttons to navigate PS3 games, but unfortunately its not equipped with rear triggers or Bluetooth connectivity. 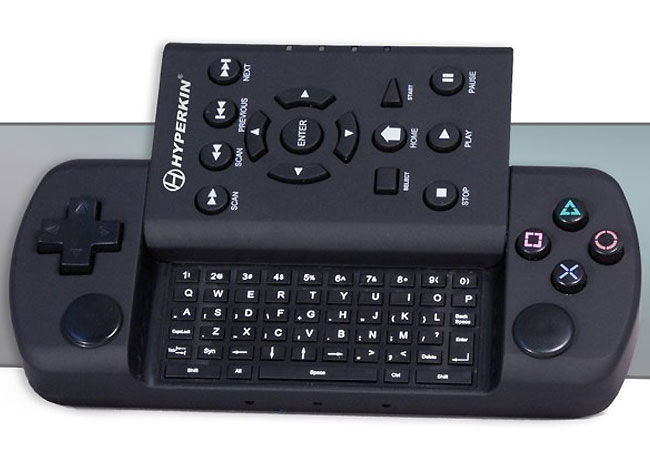 The new Hyperkin PS3 Remotext features a slide out QWERTY keypad that enables you to easily control the playback of Blu-Ray movies, DVDs, CDs and media streams on the PS3 system.

Unfortunately no information on pricing or worldwide availability has been released as yet, but Hyperkin hope to launch the new PS3 Remotext, at E3 in June.