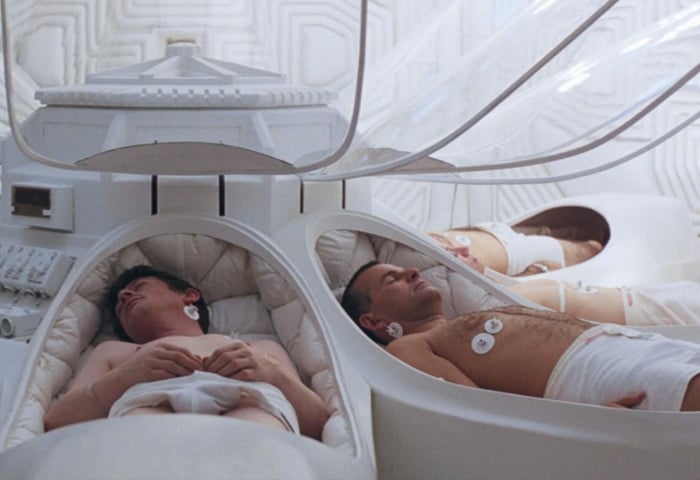 It has been reported this week that trials will start later this month for human suspended animation at the UPMC Presbyterian Hospital in Pittsburgh.

It has been announced that 10 patients with injuries otherwise fatal to operate on, will have their blood replaced with a chilled saline solution that will cool their body slowing down bodily functions and delaying their death from loss of blood.

Dr. Samuel Tisherman explained in an interview with the New Scientist: “We are suspending life, but we don’t like to call it suspended animation because it sounds like science fiction… we call it emergency preservation and resuscitation.”

Unfortunately the current human suspended animation technology is not advanced enough to keep humans in suspension for longer than four hours at the current time. So there is a long way to go before we can expect to slip into suspended animation for trips into space, as pictured in the screenshot taken from the Alien movie. Which coincidentally also celebrates its 35th birthday this week since it was launched into theatres back in 1979.

For more information on the new human suspended animation trails jump over to the Acute Care Research website for details.