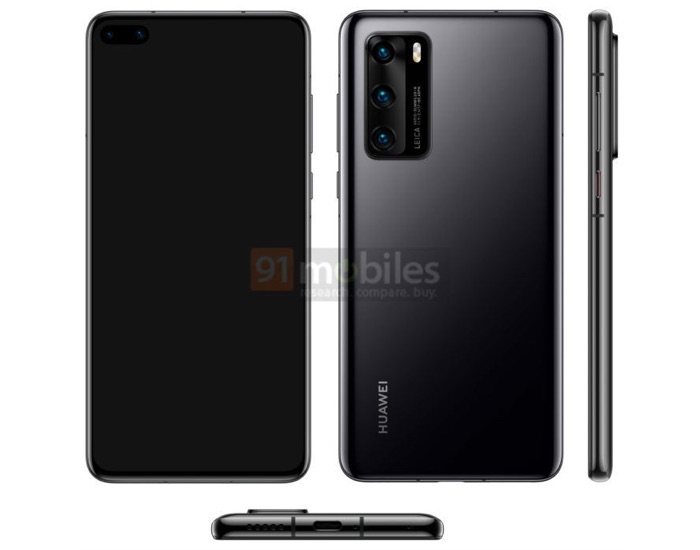 Some press renders of the new Huawei P40 smartphone have appeared online and they give us a look at the design of the handset.

The device will come with a triple rear camera setup with LEICA powered cameras and it will also feature an LED flash.

There are expected to be two models in the range, a P40 and P40 Pro and they will come with either a 6.1 inch or 6.2 inch display.

The devices will apparently comes with a 64 megapixel Sony IMX686 camera as the main camera, the P40 Pro may actually come with four rear cameras.

We suspect that we will be hearing more information about the new Huawei P40 range of smartphones at Mobile World Congress next month.