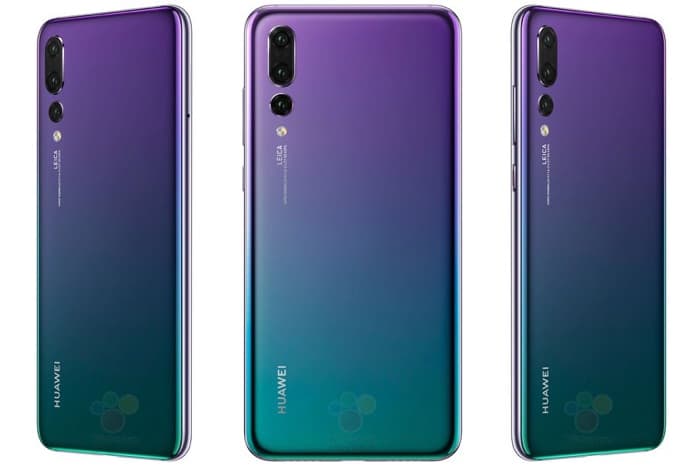 It looks like some press renders of the new Huawei P20, P20 Pro and P20 Lite have been leaked. Roland Quandt has posted a bunch of images of the three handsets on WinFuture and on Twitter.

We recently saw some renders of the new devices and now a bunch more have been revealed which show a range of different colors that the handsets will come in.

The new Huawei P20 will feature a 5.6 inch display with a FHD+ resolution and they will feature a Kirin 659 processor. The handset will come with 4GB of RAM.The specifications will vary between the three handsets.

Huawei will be making these three new handsets official at their press conference om the 27th of March. As soon as we get some more details about these new Huawei smartphones, we will let you guys know.