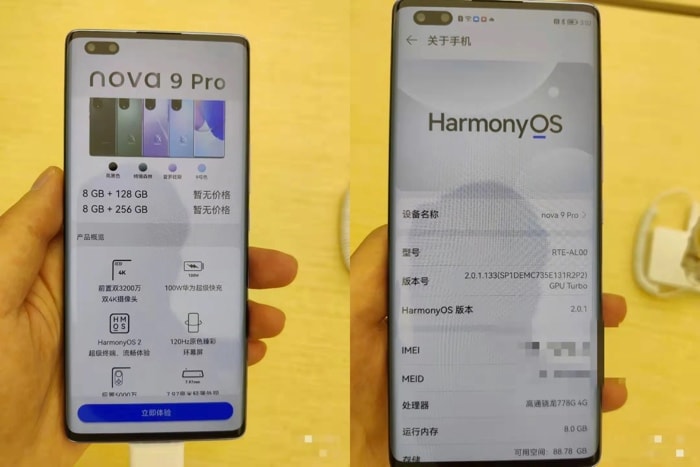 It looks like we have some details on two new smartphones from Huawei, the Huawei Nova 9 and 9 Pro. Some photos of the handset have been posted online and they reveal some of the specifications on the handsets.

The new Nova 9 and 9 Pro smartphones will apparently come with a Qualcomm Snapdragon 775G mobile processor.

The handset will apparently feature a 6.72 inch display with a 120Hz refresh rate and it is expected to feature a FHD+ resolution.

There are also some details on the cameras, on the front there will be a dual camera for Selfies and a quad camera setup on the rear.

Huawei are expected to launch these two new smartphones in China later this week, the devices will apparently launch on the 23rd of September. As soon as we get some more details including a full list of specifications, we will let you know.