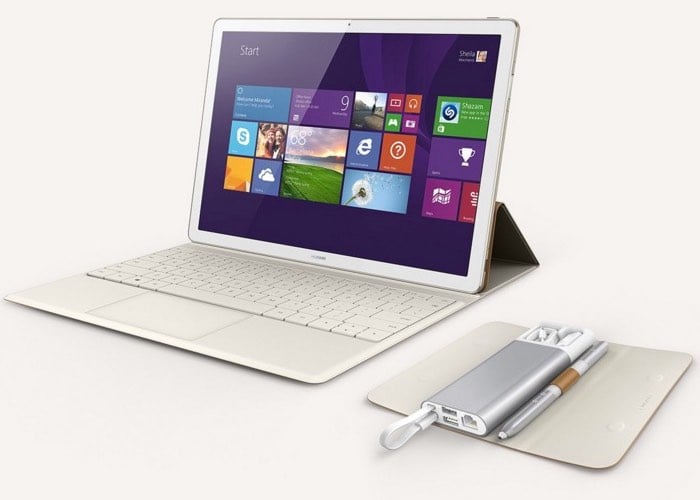 As expected and teased a little before this year’s MWC 2016 technology event which is currently taking place in Barcelona Huawei has unveiled a new Huawei MateBook which takes the form of a hybrid two in one Windows tablet and laptop that sports a 12 inch LCD display.

The display of the MateBook offers users a resolution of 2160 x 1440 pixels and a pixel density of 216 pixels per inch together with a range of different Intel Core M processors to choose from depending on your needs and budget.

As well as optional processors the tablet can also be equipped with either 4 or 8 GB of RAM as well as storage in the form of either 128 or 512GB. The Huawei MateBook come supplied preloaded with Microsoft’s latest Windows 10 Home or Windows 10 Pro operating system, but unfortunately doesn’t dual boot Windows and Android as once rumoured before the official announcement that took place this week. 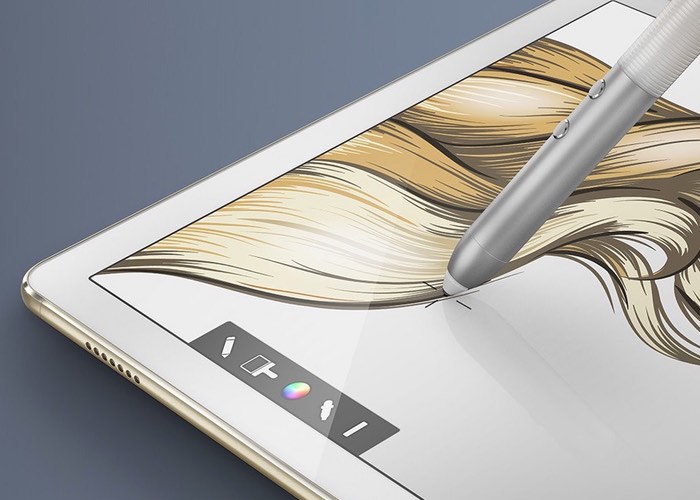 Other features of the Huawei MateBook include a MatePen Stylus accessory that comes with its own charger and portable battery case as well as connection is provided by USB Type-A, USB Type-C, micro USB, Ethernet. The MateBook will be available to purchase price from $699 or €799 throughout Europe with prices reaching a maximum of $1599 or €1699.

For more information jump over to the official Huawei website via the link below for full specifications. As yet Huawei has not announced any availability but as soon as anything is announced we will keep you updated as always.