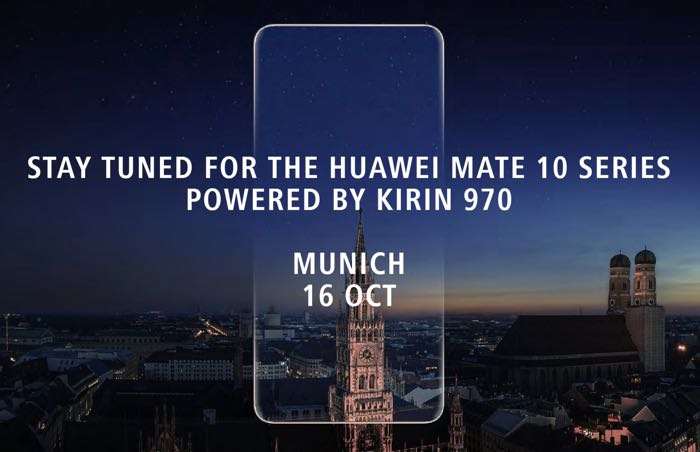 We have heard a lot of rumors about the new Huawei Mate 10 smartphone and now the company has revealed it is holding a press conference for the handset next month.

Huawei announced on Twitter that their new Huawei Mate 10 smartphone will be made official on the 16th of October 2017.

The Huawei Mate 10 will be powered by the new Kirin 970 mobile processor, the device is also expected to come with dual rear Leica cameras and more.

We will have more information about the handset when it gets official next month. The company’s CEO Richard Yu recenrly announced that the handset would be more powerful than Apple’s new iPhone 8.