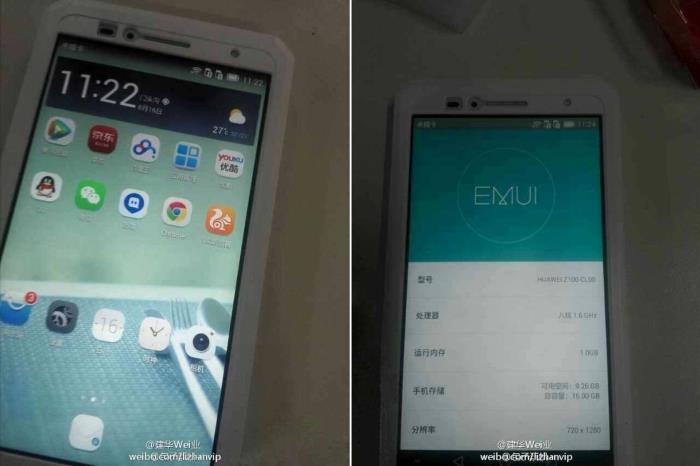 Not too long ago, Huawei posted a teaser image hinting at a device with a larger display size, possibly 6.1-inch, which will see the light of the at the company’s press event in IFA 2014.

Recently, some images of the alleged Huawei Ascend Mate 7 made their way on to the internet, revealing some interesting details about the purported handset.

The details about the specifications are a little scarce at the moment, but previous rumors suggest it’s going to be the next flagship device which will come out from the factory of the Chinese OEM.

It’s expected to come with a massive 6.1-inch display sporting a 1080p resolution, with a 2 or 3GB of RAM on board. There’s a possibility of a finger print sensor as well, which was revealed by the press invite sent out earlier today, as well as a hint in one of the leaked images shown above.

Other rumored features include 13MP camera for photos and videos, as well as a 5MP front-facing camera, and Android 4.4 KitKat as its operating system out of the box. But, if you take a closer look at the leaked images, it’s running Android L which could just be the preview version for testing purposes.

Anyway, the event is just a few weeks away, and we’ll find out if Huawei can surprise us this time.