The other day we heard some more information about the new HTC One Max, the handset was previously called the HTC T6, and now it looks like we have some blueprints of the handset, which give is an indication of the devices size.

The HTC One Max is rumored to come with a 5.9 inch full HD display with a resolution of 1920 x 1080 pixels, as you can see this is confirmed in the blueprint below. 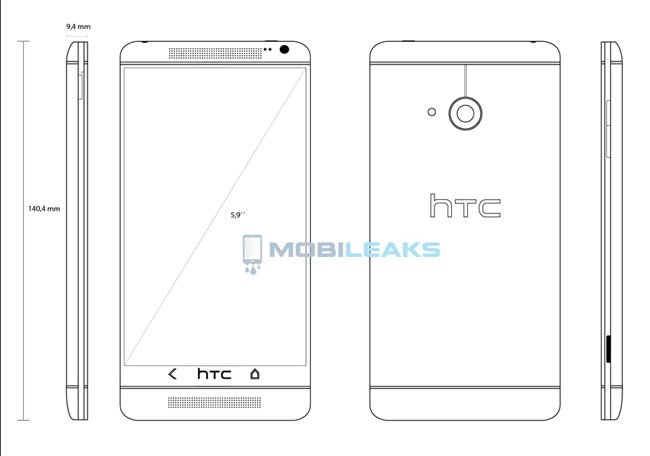 Other specifications on the HTC One Max will include a a quad core 2.3GHz Qualcomm Snapdragon 800 processor, plus 2GB of RAM and it will come with Android Jelly Bean, probably Android 4.2.2.

The HTC One Max is also expected to feature HTC’s Ultrapixel smartphone camera, plus HTC BoomSound speakers, we are expecting the device to launch in quarter three, as soon as we get some more details we will let you guys know.