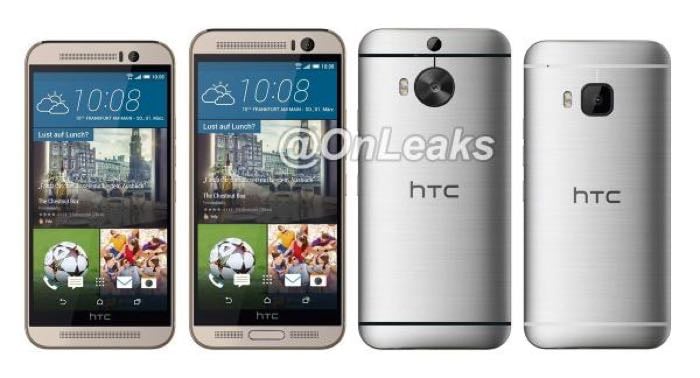 With the recent launch of the new HTC One M9 we have started to hear more details about the HTC One M9+ or HTC One M9 Plus.

Now it looks like we have a photo of the handset next to the HTC One M9, the photo above was posted on Twitter by @Onleaks along with some details about the handset.

We had previously heard that the HTC One M9+ would come with a 5.5 inch display, but according to the leaked details, the device actually has a 5.2 inch display, which is only slightly larger than the 5 inch display on the One M9.

The handset is rumored to have a higher resolution display of 2560 x 1440 pixels, as opposed to the Full HD display on the One M9.

Other specifications in the device are rumored to be similar to the HTC One M9, which will include an Octa core Snapdragon 810 processor 3GB of RAM and 32GB of built in storage. The handset is said to use the same rear camera an the M9, although the device may feature an updated front facing camera.

As soon as we get some more details on the new HTC One M9+ including full specifications, a launch date and some more photos of the handset, we will let you guys know.