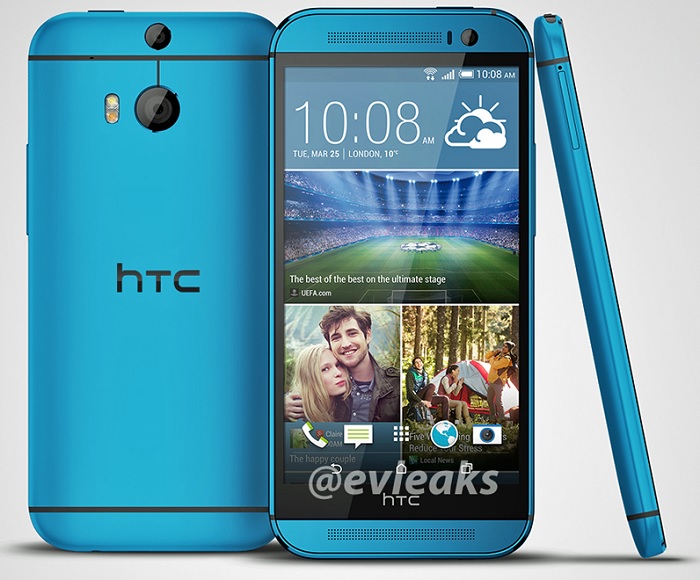 We heard a rumor that HTC might launch its latest flagship device in three new colors: pink, blue and red. We’ve already seen how the device will look in red and pink, but  we’ve yet to see the blue version, until now.

Recently, @evleaks posted a press render of the HTC One M8 in blue color, which is expected to join the current color options including silver, grey and gold. There’s a chance it could be exclusive to any retailer or carrier, but there’s no official confirmation about it as of now.

HTC is also rumored to be working on a new version of the handset, with more high-end specifications dubbed as the HTC One M8 Prime, which is rumored to come with a 2560 x 1440 pixels resolution, Snapdragon 805, 3GB of RAM, as well as a better camera compared to the current flagship device.

Anyway, there’s no word from the Taiwanese OEM about the alleged HTC One M8 Prime, nor the new color options for the available flagship device. We’ll keep an eye on the news and update you as soon as there’s any information about the new colors or the Prime version of the handset.