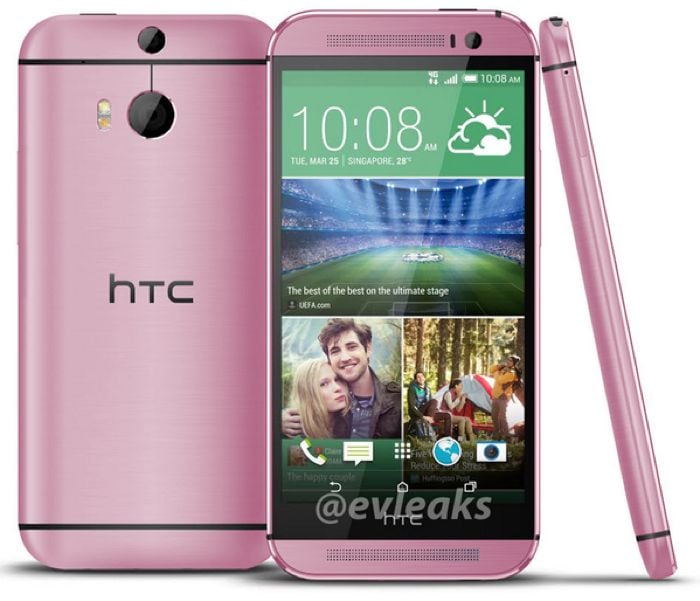 The HTC One M8 comes in three colors at the moment, white, gold and silver, although it would appear that HTC has another color option on the way for the device, as a photo has appeared online of a pink HTC One M8.

The photo of the pink HTC One M8 was posted online by @evleaks, and it is obviously some sort of official press shot of the handset.

We also heard some details earlier today about a new version of the M8, the HTC One M8 Prime, which is said to feature a number of updated specifications over the existing handset.

As yet there are no details on when the new pink HTC One M8 will be available, as soon as we get some more information, we will let you guys know.