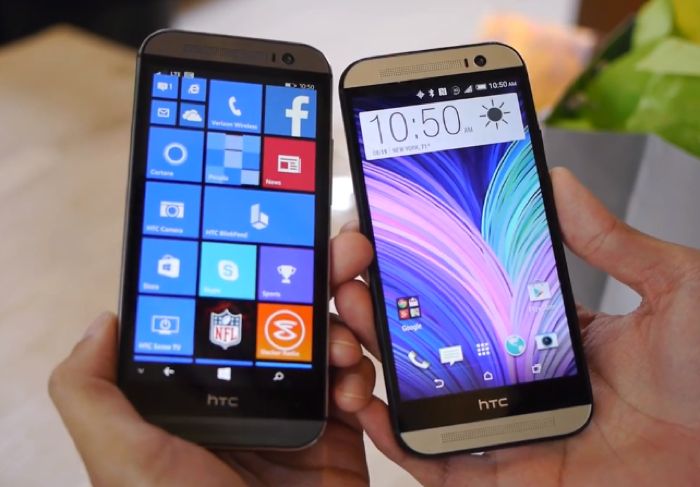 Both handsets share the same design and come with similar specifications, and the guys from Phone Arena have put together a video showing the two handsets side by side, have a look at the video below.

Both versions of the HTC One M8 come with a 5 inch full HD display with a resolution of 1920 x 1080 pixels, processing comes in the form of a quad core 2.3GHz Snapdragon 801 processor.

The HTC One M8 for Android and Windows also comes with 2GB of RAM and 32GB of built in storage, plus a microSD card slot that supports the latest 128GB cards.