Yesterday HTC added a couple of new Android smartphones to its range, one of those was the new HTC Desire Z, although when it was announced there were no details on pricing.

Amazon UK has now listed the HTC Desire Z with a release date of October the 18th 2010 and a pre-order price of £499, although their website comes with the usual caveat that release dates are subject to change. 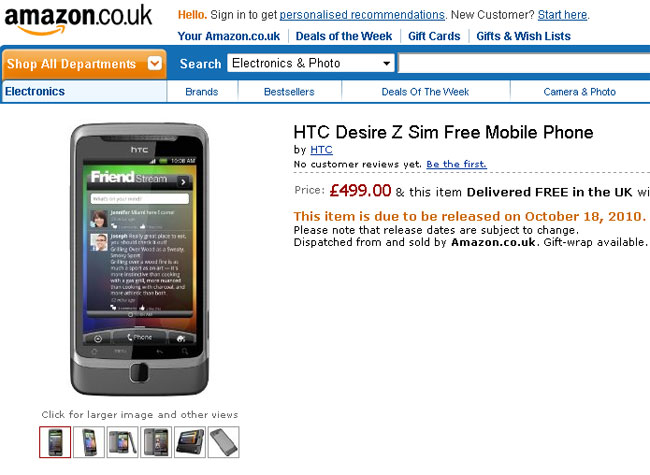 The HTC Desire Z features an 800MHz Qualcomm MSM7230 processor, there is also HSPA+, and 802.11n WiFi, plus a five megapixel camera with a built in flash.

The five megapixel camera is capable or recording HD video in 720p, it will also make use of HTC’s updated Sense UI. The keyboard looks quite interesting as it features user assigned keys that lets you quickly launch you favourite applications.

Play has listed the HTC Desire HD, full details at the link below with release date and price for the UK.