Mid-level Android smartphones start to blend together after a while and the HTC Desire S is not one to stand out by much, at least visually. It’s fairly light and moderately slim seeing how there’s no keyboard, but the one word that perfectly describes it is generic.

Join us, however, as we plumb the hidden depths of this seemingly innocuous smartphone, starting with the screen, a larger than average 3.7” 800×480 SLCD number, continuing the HTC trend of absolutely no AMOLED screens under any circumstances. 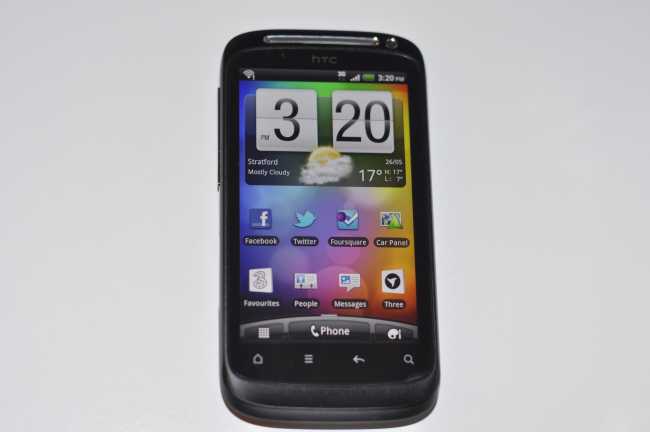 The 115 mm by 59.8 mm by 11.6 mm dimensions place the handset squarely in mediocre territory. It won’t win any slimness awards, but neither are you likely to feel it in your pocket unless you’re actively looking for it. The 130g weight is a different matter altogether, as it makes the Desire S one of the lighter mid-level Android handsets.

Spearheading the specifications list is the 1 Ghz Scorpion processor, backed up by an Adreno 205 graphics processor, meaning you can get your Dungeon Defenders on at any time of day or night. True to its middle of the road roots, the HTC Desire S comes with 768 MB RAM, which, while short of the much better-sounding  1 GB on higher end models, should amply suffice for day-to-day application usage. 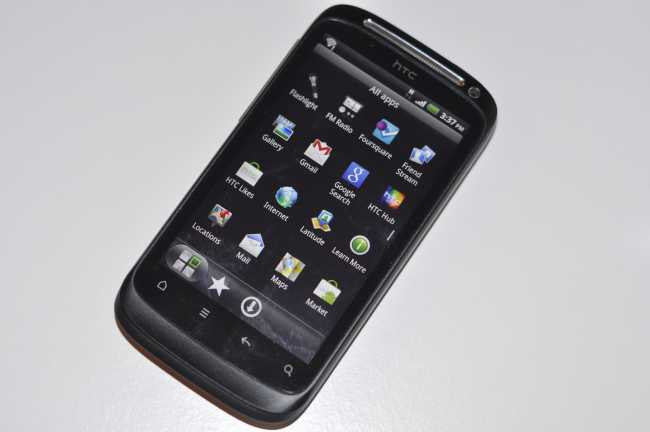 The handy DLNA certification means  you can stream your videos to it straight from your home theater setup and it can even be used as a WiFi hotspot if you leave your MiFi at home, or simply donlt own one. Bluetooth 2.1 with A2DP and the requisite microSD slot round out a balanced but ultimately unexciting array of features.

An aluminum stripe runs horizontally down the back of the phone, while the common gripping areas are coated in rubber. The only way you’re dropping this thing is if you try balancing it on your nose. The only decisive esthetic touch HTC made here was keeping it all black, as the two-tone paint job it’s sometimes fond of would have taken this phone’s look from unremarkable to tacky in a heartbeat. 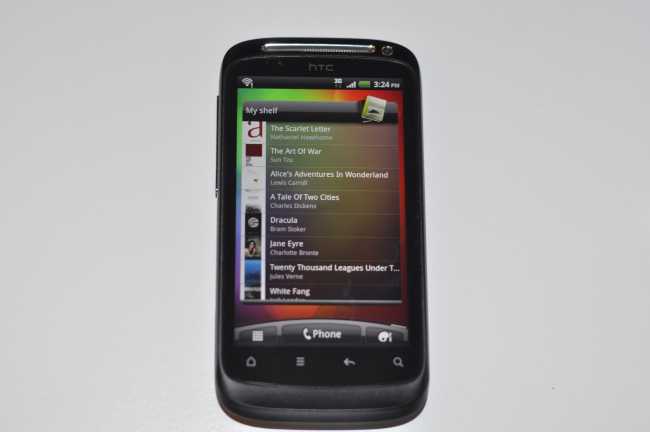 The only hardware buttons to be found are the volume keys and the Power button. We would have liked to have seen a dedicated camera button, but alas HTC is seemingly moving away from that trend altogether.

Despite the lack of AMOLED technology , we found the screen to be responsive and crisp and as readable in direct sunlight as these things ever are.

Also worth mentioning is that the screen is enmeshed in the by now ubiquitous Gorilla Glass, sworn enemy of scratches and scrapes everywhere. Other stand-out features include the by now familiar HTC Sense UI , with its pull-out menu of settings which we’re rather surprised Google hasn’t appropriated for general use yet and extra panels like My Shelf, which displays your favorite ebooks configured for convenience. The upgrade-averse will be happy to hear Android 2.3.3 Gingerbread is already on board, but then again if you are one, this isn’t the platform for you.

We put the aforementioned Scorpion through its paces and despite its ferocious name, it was on its best behavior. It few through anything from YouTube videos to… non-YouTube videos and despite lacking the punch of its dual core siblings there literally should not be anything in the Market right now this processor could not handle.

Internet browsing was fast and crisp, probably as much to do with Three’s excellent network coverage as the punchy processor and graphics chip combo. 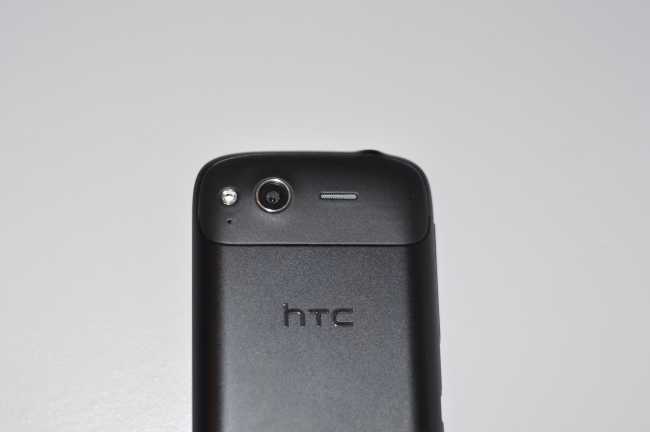 The camera is a standard-issue HTC 5 MP shooter with LED flash and 720p recording capabilities. HTC didn’t bother to recess it or add any sort of protection, but assuming they managed to spare a bit of Gorilla Glass for it, that shouldn’t be an issue.

The point and shoot replacement crowd will be happy to know it comes with the full array of features, including autofocus, touch focus, image stabilization and geo-tagging .

Battery life is where the HTC Desire S impressed, as despite the smaller than average 1450 mAh battery, we could eke out two days of normal usage without any issues, despite moderate to heavy YouTube and web browsing.

Access to the battery and SIM is rather harder to obtain than it should, as the battery cover is wedged in pretty good, but a fair bit of determination will eventually get it open.

All in all, this is the kind of device that puts iPhone users to sleep. There’s only residual evidence of HTC’s legendary design acumen, but as a reliable workhorse or all-round handset it will do most anything you can think to throw at it.

For the price we’re thinking you might be better advised holding off on this, if only because older but similarly or even better specced devices like the HTC Desire HD are coming down in price and can be had for about the same amount.