HP have just launched a new range of touch screen PC systems which get around the problems of ergonomics and the use of  touchscreen on desks by allowing the screen to tilt back to an angle of 60%. Providing a much more relaxing position for the user, rather than forcing them to use an up right touch screen.

The two new HP  models are the TouchSmart 610 and 9300, both equipped with 23 inch screen and a resolution of 1920 x 1080. The TouchSmart 610 features HP’s latest TouchSmart software layer, offering finger-friendly Hulu, Netflix and Twitter apps. 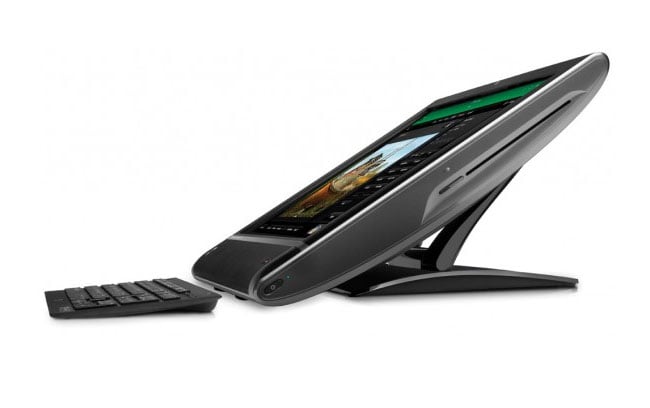 While the new HP TouchSmart 9300 offers Intel’s latest Sandy Bridge processors, a 160GB SSD option, 2-megapixel camera, together with facial recognition software and will be available to purchase in May, but no price has been released as yet.

However the Hp TouchSmart 610 will be available on February 9th for $900 and will feature a range of Intel and AMD desktop processor options, together with up to 16GB of RAM, 1TB of storage, Blu-ray drive, 1.3-megapixel camera and Beats Audio speakers to finish the system.