HP’s TouchPad may be insecure enough to hide under a fake name, but it’s not shy about either its release date  or pricing. June 22 will see both versions, 16GB and 32GB out in the open, at least according to Synnex, whose website leaked the information. The webOS-sporting tablet will be going for either $499.99  or $599.99, the cost of admission if you’re willing to help a struggling mobile OS out in the face of some pretty overwhelming odds. 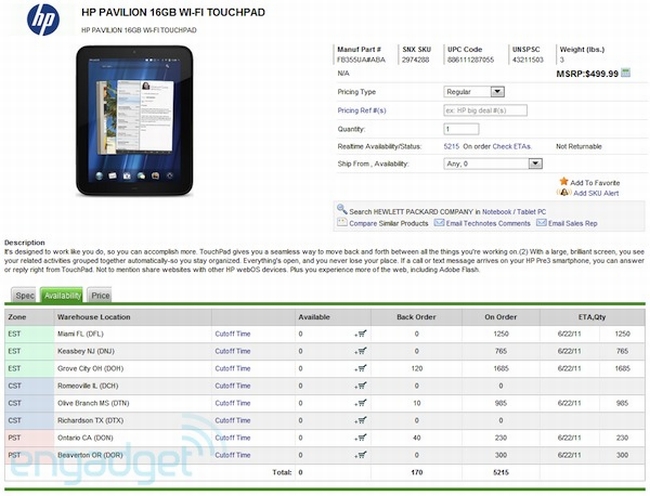 The release date is by no means confirmed yet, but it’s a fairly good indication, and it’s more than HP is letting slip at the moment. And look at the bright side, at least now you know more about the HP TouchPad case they will be selling alongside the thing and when it comes to accessories, forewarned is definitely forearmed.