We know HP Palm has some new webOS tablets in the works, and recently hear that one of them would be called the HP Topaz, and we saw a product shot of one of them.

Now the guys over at Pre Central have managed to get their hands on a document which details the HP Topaz webOS tablet, including some of its specifications. 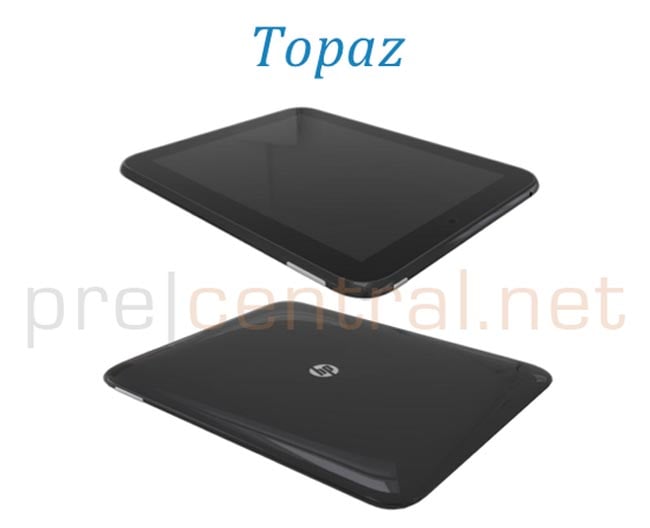 According to the leaked document, the Hp Topaz will feature a 1.2GHz Qualcomm MSM8660 processor, which comes with a built in Adreno 220 GPU which is capable of 1080p video.

Other specifications on the HP Topaz  include a 9.7 inch XGA touchscreen display with a resolution of 1024 x 768 pixels, there is also 512MB of RAM a choice of three different models with either 16GB, 32GB or 64GB of storage.

Camera wise, it looks like the HP Topaz will feature a front facing 1.3 megapixel camera for video chat, there will also be Bluetooth 2.1 +EDR and 802.11b/g/n/ WiFi.