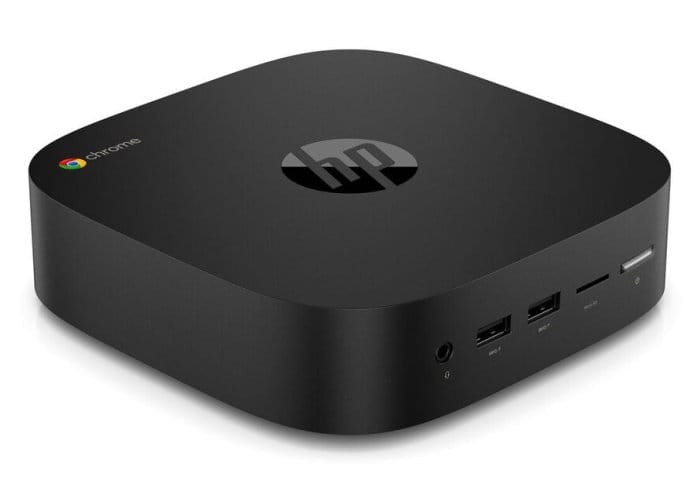 HP has unveiled a new desktop mini PC which has been designed to run Google’s Chrome operating system and is aimed at the educational market and takes the form of the HP Chromebox G2 which measures roughly 5.9 x 5.9 x 1.6 inches in size. The small desktop PC can be equipped with a processor as powerful as an Intel Core i7-8650U and supports up to 16GB of DDR4-2400 RAM and up to 64GB of M.2 SSD storage.

Other features of the HP Chromebox G2 include connectivity via both Bluetooth 4.2 and wireless 802.11ac support as well as featuring a wide variety of different connections including HDMI, Ethernet, USB 3.0, USB 2.0, and USB Type-C ports, an SD card reader, and the obligatory headset connection. 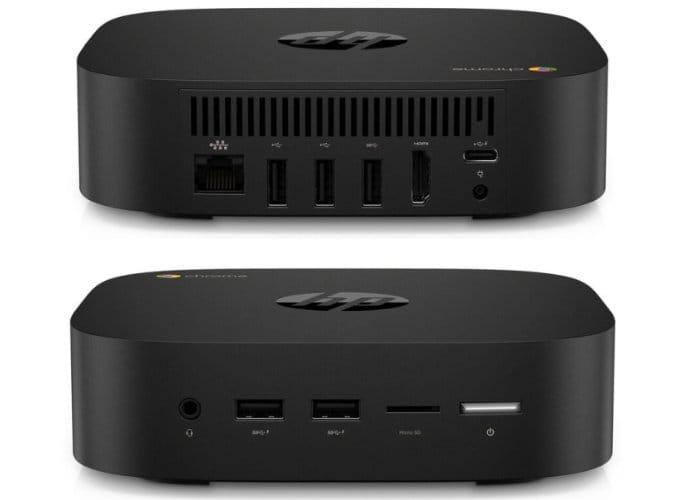 The HP Chromebox G2 is expected to be made available during April 2018 and is capable of supporting connections to dual 4K Ultra HD displays as long as they support USB Type-C video output. Unfortunately, no information on pricing or worldwide availability has been released as yet, but as soon as information comes to light, we will keep you updated as always.

At CES this week HP also announced the launch of its new HP Chromebook 11 G6 EE and HP Chromebook 14 G5 systems also designed for students and the educational market. As the name suggests, the offerings provide the choice between an 11 or 14-inch display. Both systems can be fitted with up to 8 GB of RAM and powered by choice of either an Intel Celeron N3450 or N3350 processor.