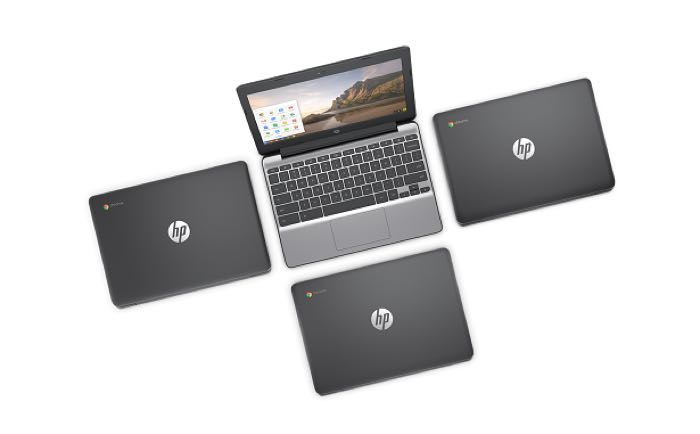 HP has announced the launch of its latest Chromebook, the HP Chromebook 11 G5. This new notebook is equipped with an 11.6 inch touchscreen display.

Processing on the new HP Chromebook 11 G5 is provided by an Intel Celeron N3060 processor and it comes with a battery that lasts u to 11 hours on the touchscreen version.

The new HP Chromebook 11 G5 is the first of HP’s 11.6” diagonal Chromebooks to offer a touchscreen—an inviting new experience for the many touch-enabled Chrome and Android™ applications in the Google Play™ Store that is planned to be compatible with Chrome OS™ later this year.

Although feather-light starting at just 2.51 lbs., the 11 G5 speeds through spreadsheets, videos and Hangouts with the power from an Intel® Celeron® N3060 processor that quickly launches apps, allows for speedy web browsing, and efficiently manages the battery for up to 11 hours on a touchscreen and up to 12.5 hours on a non-touchscreen device, based on Chrome power_LoadTest.

You can find out more details about the new HP Chromebook 11 G5 over a HP at the link below. It will launch in July though the companies retail partners and will land in stores in October.