It looks like HP may have some plans to release a smartphone, as a HP device with the name HP Bender has turned up in some benchmarks, and the handset is running Google’s mobile OS in the form of Android 4.0 Ice Cream Sandwich.

The HP Bender smartphone was discovered by the guys over at Slashgear, and you can see the details that appeared in the benchmarks in the photo below. 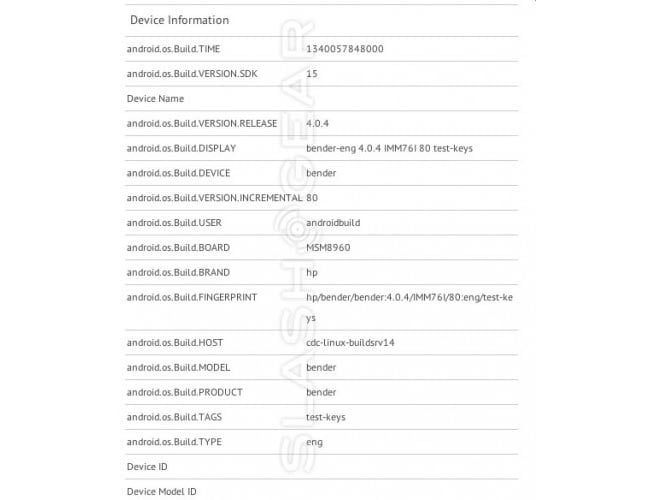 HP’s CEO Meg Whitman recently announced that HP will eventually be releasing a new smartphone, although she did not give any information on what the company had planned.