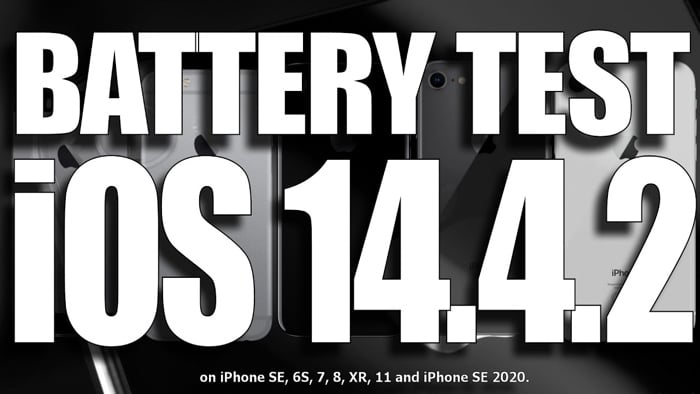 Apple recently released their iOS 14.4.2 software update, the update is a security update for iOS and it fixes some crucial bugs in the software.

Now we have a video from iAppleBytes that tests the battery life of the new iOS 14.4.2 software over the previous iOS 14.4.1.

As we can see from the video there do not appear to be any major battery life improvements in this new version of iOS, the battery life is pretty much the same as the previous version.

Apple are expected to release iOS 14.5 some time this month and we mat actually see some battery life improvements with this update. As yet we do not have any information on when the new iOS 14.5 software will be released, as soon as we get some more details, we will let you guys know.