Saturn is a massive planet that is much larger than the Earth. It’s incredibly large-size means that it has a significantly stronger gravitational pull on its natural satellites. One of Saturn’s moons, called Enceladus, is known for spewing water geysers into space. 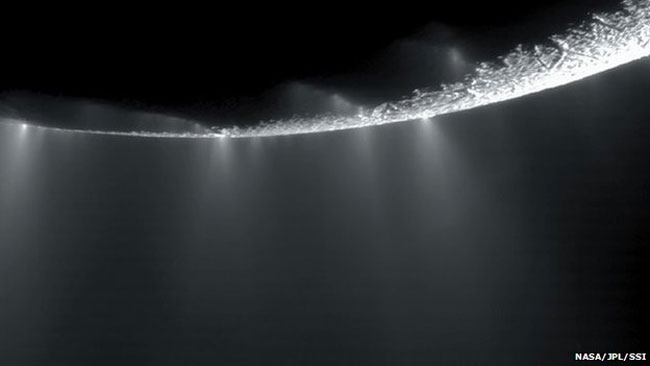 Scientists say that salt in the plumes of water spewing into space suggest that the moon may have a liquid ocean underneath its frozen icy surface. Scientists have struggled to identify what was driving the geological activity forcing the hot plumes of water off the surface of the planet into the space. A team of scientists discovered that the plume of water was four times brighter when the moon was farthest from Saturn.

Since the moon travels in an elliptical orbit, Saturn continually pulls and squeezes the moon creating heat in its interior and creating geological activity on the surface of the icy moon. The moon is only 500 km wide, but scientists believe that underneath the icy surface could be a habitable oceanic for environment. “Nobody fully understands why Enceladus is geologically active, but this plume has interesting potential applications for trying to understand what could be a habitable environment,” Dr Hedman said.