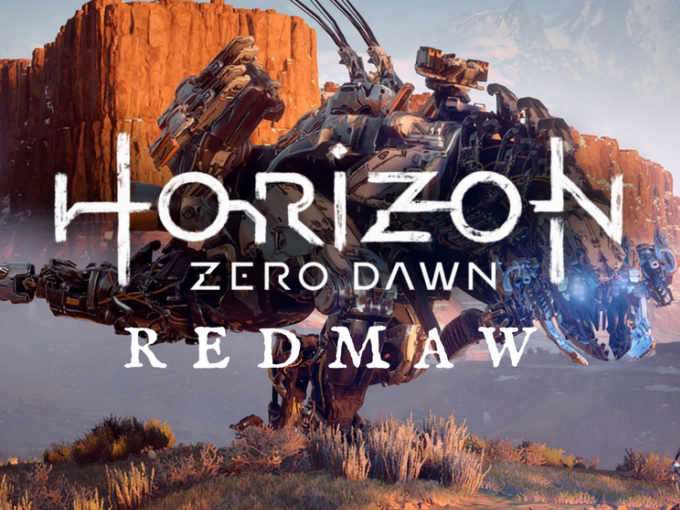 Check out the teaser trailer below to learn more about the Horizon Zero Dawn Redmaw storyline and learn more from Sid Shuman Director, SIEA Social Media who explains:

Deep in Carja territory stalks a machine that strikes fear into the heart of every hunter. The legendary Redmaw. A mechanical beast of such strength and ferocity that it has killed everyone who has crossed its path. And you can bet you’ll be the one to finally bring it down.

Redmaw’s story threads throughout the Hunter’s Lodge quest line in Horizon Zero Dawn. Tales of its victims mark your entry into this old-fashioned club of big machine hunters, and tales of the glory its killer will receive accompany your ascent through its ranks. It’s a carefully planned setup that eventually sees you travelling deep into a remote region for an encounter that will have repercussions not only for lead character Aloy but also the Hunter’s Lodge itself.

But Redmaw has roots far away from its jungle home. In fact, you can trace them right back to a decision an artist made in the early days of the game’s development to put a posed Thunderjaw statue inside a building in the main city of Meridian.

“I was immediately struck by how cool it looked,” says Lead Quest Designer David Ford. This dramatic figure immediately made him think that it could be the centrepiece of the headquarters of some kind of hunter’s guild, and he began to work with Lead Writer Ben McCaw to develop the idea. They imagined a hierarchy in which position is claimed through killing bigger and bigger game, and they found a place within it for Talanah, a character who was featured in one of the game’s early prototypes.

“We wanted to work our way up to this legendary Thunderjaw that people have been going after for years, and through luck and power it’s killed every one,” says Ford. Because Redmaw is a Thunderjaw, a huge, bipedal machine that roams Carja territory and looks like a Tyrannosaurus rex.