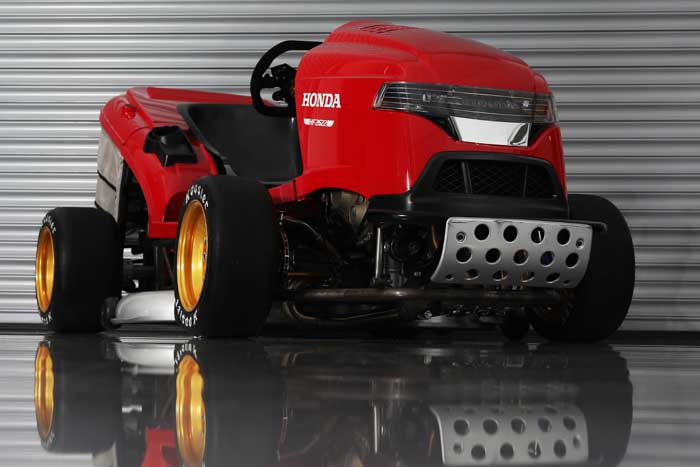 Honda is back with an updated version of the Mean Mower that was first seen back in 2014. This new version has more power and is aiming for a top speed for over 150mph. To reach that high speed, the beast uses a 999cc four-cylinder engine from the Honda Fireblade SP motorcycle.

That motor makes 190bhp at 13,000rpm giving the Mean Mower a power to weight ratio of 1000bhp/ton. That should be plenty of power to push the mower to 150mph. Honda also used lots of other parts from the Fireblade motorcycle inkling the clutch, ECU, 6-speed drive unit, and LCD display. Shifting is via a quick shift system using steering wheel-mounted paddles.

While having all that motorcycle gear on the inside the Mean Mower still looks like a Honda HF 2622 lawn tractor on the outside. It can even mow grass using a pair of carbon fiber blades and two electric motors to spin them.