Last week Honda announced that they would be bringing Apple’s Siri Eyes Free technology to a range of models, and now the company has announced deeper iOS integration for their 2014 Civic with the launch of HondaLink.

HondaLink is designed to smartphone like technology to the new 2014 Civic, the vehicle will come with a 7 inch touchscreen display that can be used to control a range of functions on your iPhone. 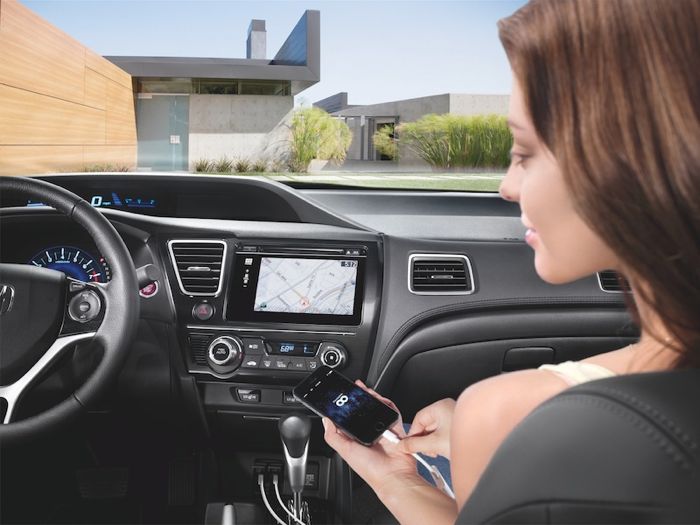 “Display Audio and HondaLink are pioneering technologies that seamlessly and intuitively integrate the power and functionality of a customers’ smartphone directly into their vehicle,” said Charles Koch, manager of new business development for American Honda. “Staying connected to the latest music, information, news, traffic updates, even friends and family, is a must-have capability for a new generation of car buyers.”

You will be able to control things like music, media, your phonebook on the built in screen on the Civic, and it will feature app icons similar to those on your iPhone.

Honda has also said that they will be working to offer support for Google’s Android platform on HondaLink in the future, you can find out more details on this new HondaLink technology at the link below.