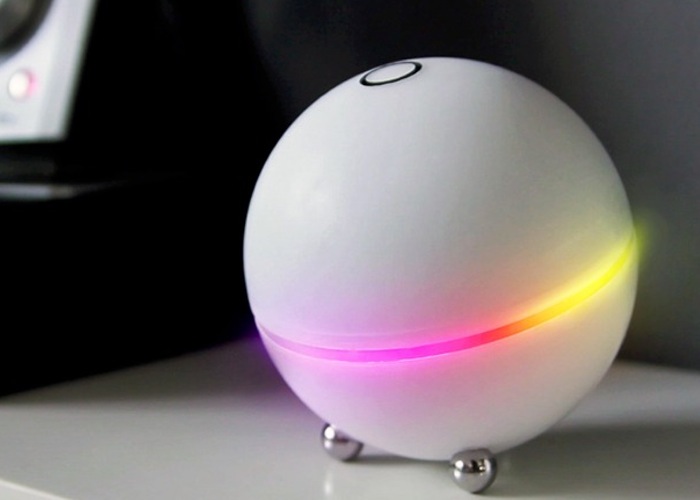 Homey has been specifically designed to control almost everything around your home including your TV, climate control, lights and music. Watch the video after the jump to learn more about the Homey project and see it in action.

The Homey speech controlled home automation system works with applications written in JavaScript. Enabling apps to do various things, such as controlling one of Homey’s hardware modules, use the Internet, make another app smarter. Athom based in the Netherlands and the creators of Homey explain a little more:

“Homey brings your home to life. It can talk to many devices, and you can talk to Homey. Say what you want, when you want it, and Homey takes care of it. Homey learns your ways and predicts which things to do, to make you happy.

Whether you’re a businessman, student, grandparent or housewife, Homey is there for you when you need it. We want to get technology out of the way so you can focus on what matters most to you, and Homey takes care of the rest.

When you plug it in, Homey already works with most of your devices, and support for many more will come. Next to home appliances, it connects to your entertainment systems and online accounts. Homey is the living hub that intelligently connects everything in your life.”

The Homey speech controlled home automation project is currently over on the Kickstarter crowd funding website looking to raise enough pledges to make the jump from concept to production. So if you think Homey is something you could benefit from, visit the Kickstarter website now to make a pledge and help Homey become a reality. If you are thinking of setting up a home automation system you might be interested in our Home Automation Hubs and Systems Guide.