We have featured a number of different slingshots and DIY crossbows here on Geeky Gadgets. But Facebook user Patrick Priebe has created and published a video of a homemade crossbow that doesn’t fire quarrels, but spinning saw blades. 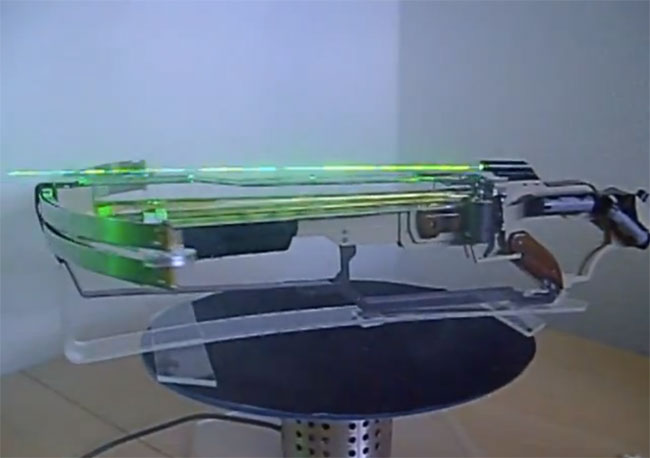 The Blade Driver crossbow as he has called it, is fitted with a laser target and uses 4 x Lithium Ion batteries for power to start spinning the saw blades before they are launched, at the target.

The ammunition fired from his crossbow creation are 50mm steel buzz saw blades, 0.8mm thick, made by PROXXON Germany. But unfortunately the maker has no plans to create a tutorial video on how he created the Blade Driver, or release any schematic. But you can view the Blade Driver in action below.