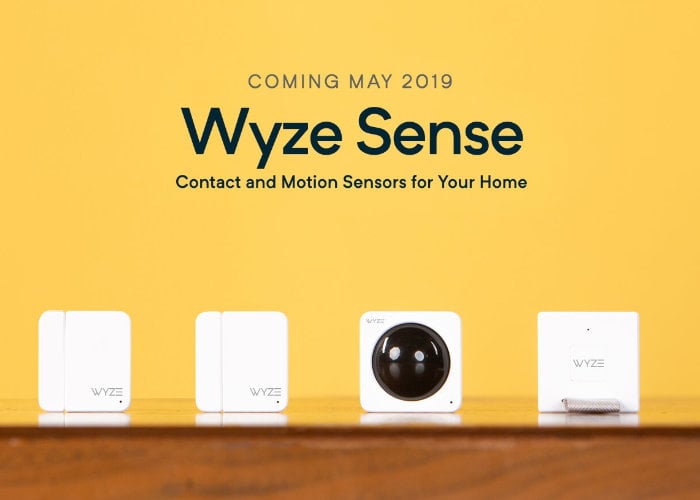 Wyze known for its tiny yet affordable home security cameras, has this week announced the imminent availability of its new Wyze Sense sensors which can be combined with the company’s security cameras to improve your home security system. The Wyze Sense system offers both contact and motion sensors which can be positioned around your home and connected to the already available Wyze smartphone application which is available on both Android and iOS devices. Watch the demonstration video below to learn more about the Wyze Sense home security system.

The Wyze Sense system will be officially launching during May 2019 and the sensors are now available to preorder directly from the Wyze throughout the United States. Unfortunately at the current time Wyze has not yet confirmed whether the home security sensors will be made available in other markets around the world, but if they do we will keep you up to speed as always.

For more details on all the Wyze security products, cameras, sensors and accessories jump over to the official Wyze website by following the link below.