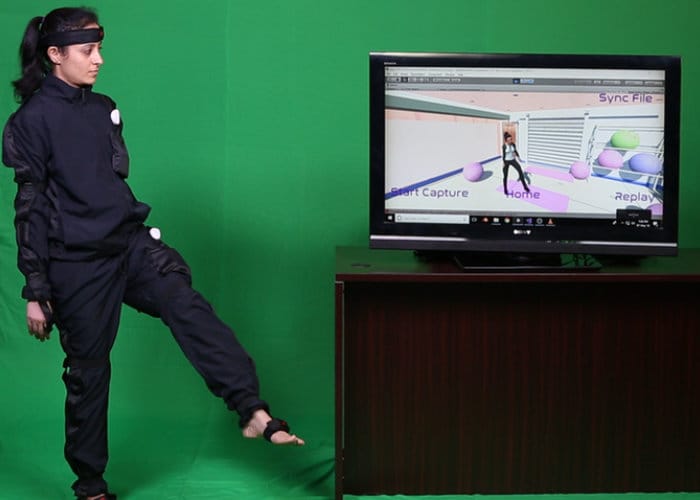 Developers creating virtual reality applications requiring full body motion and haptic feedback or enthusiasts looking for a way to immerse themselves further in the virtual reality world. May be interested in the new HoloSuit created by Kaaya Tech based in San Los, California. Kaaya Tech has designed the HoloSuit to provide full body motion tracking complete with haptic feedback and allowing it to be used for VR, MR, AR and real reality applications.

The HoloSuit motion tracking suit is equipped with 36 sensors and nine haptic feedback points together with six buttons. Watch the demonstration video below to learn more about its design features and inspiration. “HoloSuit is the world’s first affordable, bi-directional, wireless and easy to use full body motion capture suit. HoloSuit captures the user’s entire body’s movement data and uses haptic feedback to send information back to the user, for scenarios including sports, healthcare, education, entertainment or industrial operations. “

HoloSuit has this week launched via Kickstarter with the aim of raising $50,000 to make the jump into production. Pledges are available from $199 for a complete wireless HoloSuit, with worldwide delivery expected to take place during November 2018. HoloSuit is compatible with Android, Windows, iOS, Unreal Engine 4 and Unity. For more details, full specifications and a list of all available pledges jump over to the official Kaaya Tech Kickstarter campaign page by following the link below.