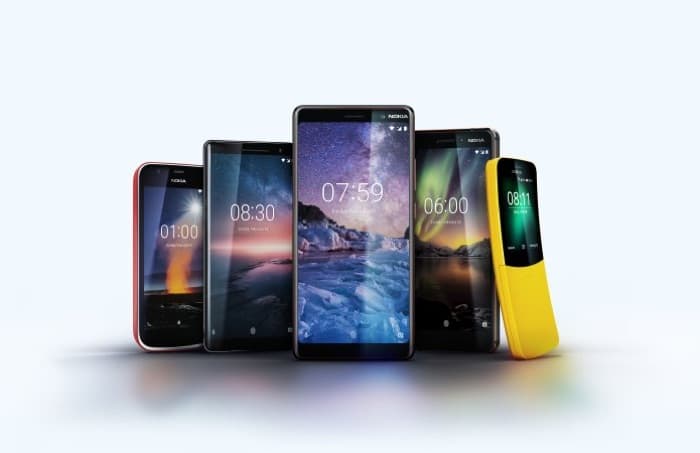 HMD Global appears to be having success with its range of Nokia Phones, the company has revealed that it shipped a total of 70 million mobile phones in 2017.

The news was announced at Mobile World Congress and the company revealed that this 70 million Nokia Phones was made up of smartphones and feature phones like the Nokia 3310.

The company has had success with its range of android smartphones and also its retro inspired devices like the Nokia 3310. HMD Global announced a new retro inspired feature phone at MWC, the Nokia 8110.

HMD also introduced a new range of Android devices which includes the Nokia 8 Sirocco, the Nokia 7 Plus and the Nokia 6.

Things appear to be changing thanks to HMD Global’s strategy of releasing retro inspired Nokia devices and also a wide range of Android devices under the Nokia brand. We are looking forward to seeing what else the company has planned for the rest of 2018.