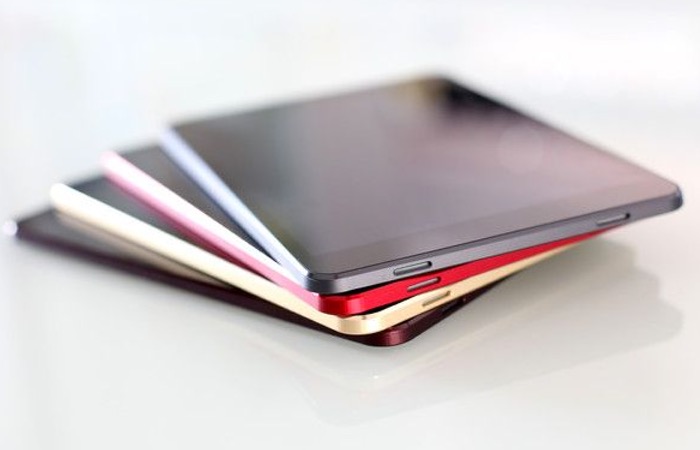 However if you thought Apple are the only company that have created a super thin tablets you would be wrong as Hisense have unveiled their new VIDAA PAD F5281 Android tablet that also measures just 6.1 mm in thickness.

The Hisense VIDAA PAD F5281 is currently one of the thinnest Android tablets available and will be available in a range of colours including grey, brown, gold, as in the picture above. Other known features include front and rear cameras, stereo speakers together with a microSD card slot, microUSB port and 3.5 mm headphone jack.

Unfortunately no official information on hardware specifications, pricing or worldwide availability has been released as yet by Hisense, and very little else is know about the Android tablet at the current time. But as soon as information comes to light we will keep you updated as always.

To re-cap the Apple iPad Air 2 is powered by the new Apple A8X 64-bit processor and also features an Apple M8 motion coprocessor. Together with a 9.7 inch Retina Display that offers a resolution of 2048 x 1536 pixels and 264 pixels per inch.