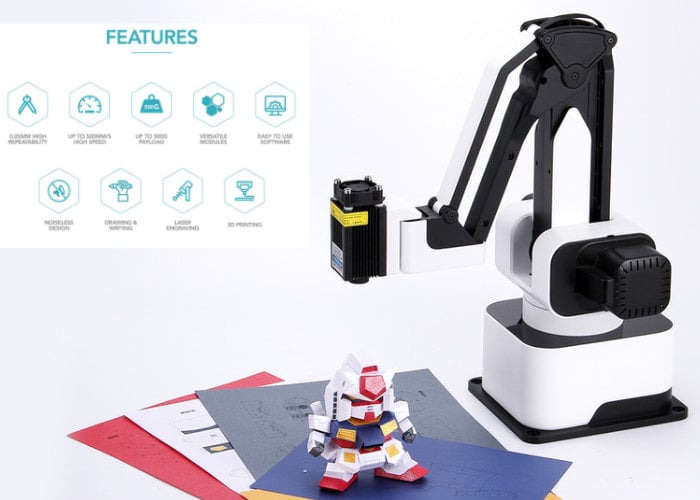 After successfully raising over $700,000 via Kickstarter the Rotrics modular robotic arm has now raised over $1 million via the Indiegogo crowdfunding website thanks to over 2400 backers. Check out the video below to learn more about the Rotrics robotic arm which can be used to 3D print, draw and even build your creative ideas.

“Rotrics professional robot arm is the first versatile desktop robot arm with extreme 0.05mm high repeatability. Designed for makers, designers and anyone who wants to make meaningful things on their desktop! Easily do laser engraving and cutting, 3D printing and much more! Build for makers and designers to bring their ideas to life, Rotrics’s functional modular design is aimed to complete any task from simply grasping, drawing to 3D printing and laser engraving.”

Pictures of the Rotrics modular robotic arm include :

For full specifications and a complete list of all available page options which are expected to start shipping out to backers during October 2019. Jump over to the official Indiegogo crowdfunding campaign page by following the link below.