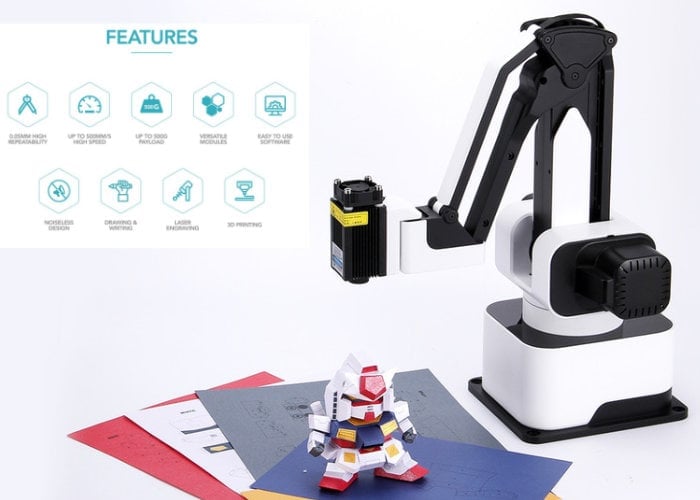 Rotrics Robotics based in the United States have created a versatile desktop robot arm which is capable of 3D printing, drawing, laser engraving, pick and placing and more. Watch the demonstration video below to learn more about the Rotrics robot arm which is now available to back via Kickstarter with early bird pledges available from $199 or roughly £156. 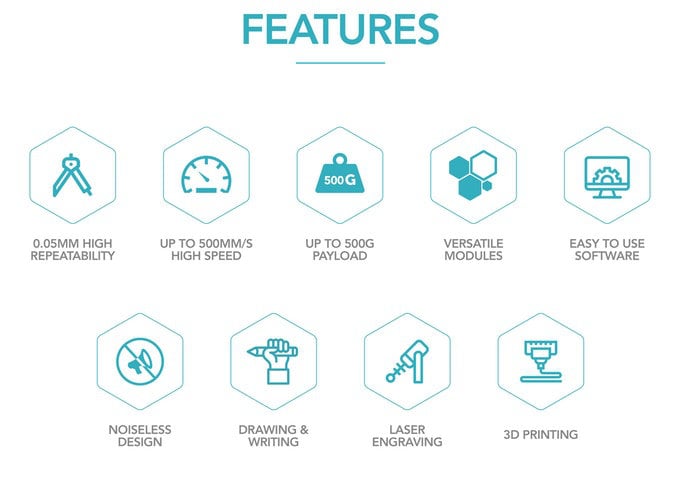 If all goes well worldwide shipping is expected to take place sometime around October 2019. The development team at Rotrics explain more about the inspiration behind the robot arm. “Industrial robots has been evolving and helping us in manufacturing process since the 1950s. They are well-designed and precise but complicated and expensive at the same time. We hope to do it differently. We want to bring the function and precision of traditional robotic arms and deliver a desktop robotic arm in a modular design at an affordable price for everyone. “

“Thanks to the modular design, Rotrics no longer has unwanted screws on the end effector. Switch out modules in just one click. Now Rotrics comes with five different end effectors including a pen holder, laser engraver, suction cup, soft gripper and 3D printer. With the redesigned drive circuit and power method, we have significantly reduced the motor noise down to 37dB, the same noise level as a quiet night. Leave your Rotrics to do its work while you take a nap beside it comfortably. “

More details on each module and full specifications jump over to the official Kickstarter crowdfunding campaign page by following the link below.