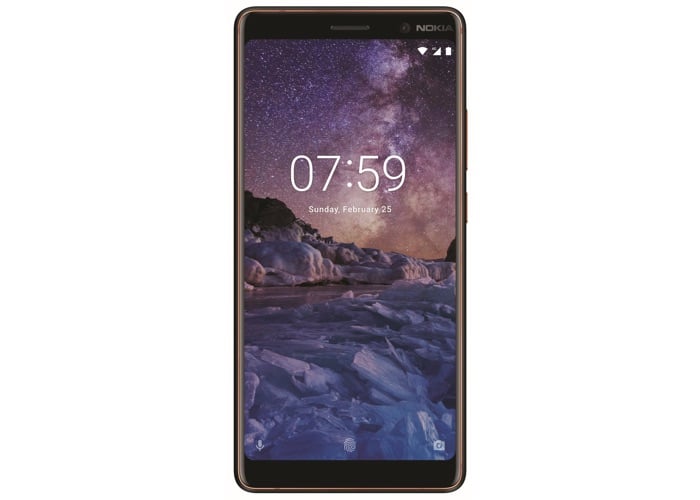 We have already seen a number of press renders of the new Nokia 7 Plus smartphone and also some pictures of the handset.

Now we have another press render of the device, this one is from Evan Blass who posted the picture above on twitter.

The handset will come with a 6 inch display with an 18:9 aspect ratio, the resolution is not know as yet, although it is expected to be at least a Full HD display.

The device will feature a Qualcomm Snapdragon 660 processor 4GB of RAM and 64GB of storage. There will also be a microSD card slot. Other specifications on the handset will include a 16 megapixel front camera and two 12 megapixel rear cameras with ZEISS optics. We will have more details about this new Nokia smartphone at MWC 2018 NEXT WEEK.