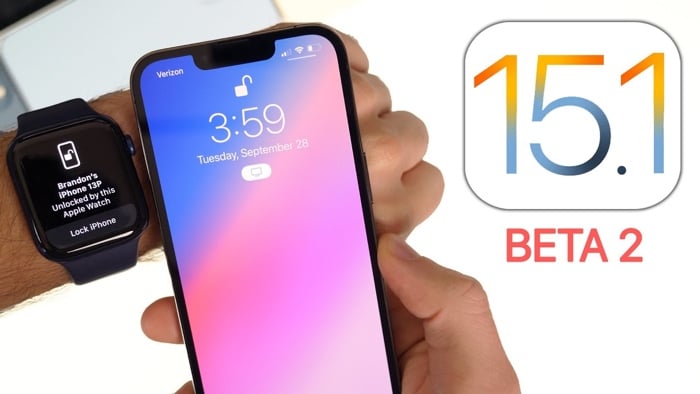 Earlier this week Apple released iOS 15.1 beta 2 to developers, it has now also been released to public beta testers.

We previously saw a video of the new beta and now we have another video from Brandon Butch, lets find out more details about this new beta.

This update comes with a range of bug fixes and performance improvements, it fixes the Unlock With Apple Watch problem that was introduced in iOS 15. Some iPhone 13 handsets are not working with this feature in iOS 15, this will be fixed when iOS 15.1 is released.

There is now also support for Apple’s SharePlay, this was supposed to be a major new feature for iOS 15 which was pulled at the last minute.

SharePlay lets you watch moves and TV shows with your friends over FaceTime, the TV shows and movies are synchronized so that everyone is watching the same part of the show at the same time. This update will also bring support for vaccination cards in Apple Wallet.

The iOS 15.1 Beta 2 software is now available for both developers and Public Beta testers to try out, we are expecting the final version of the software to be released some time in October.