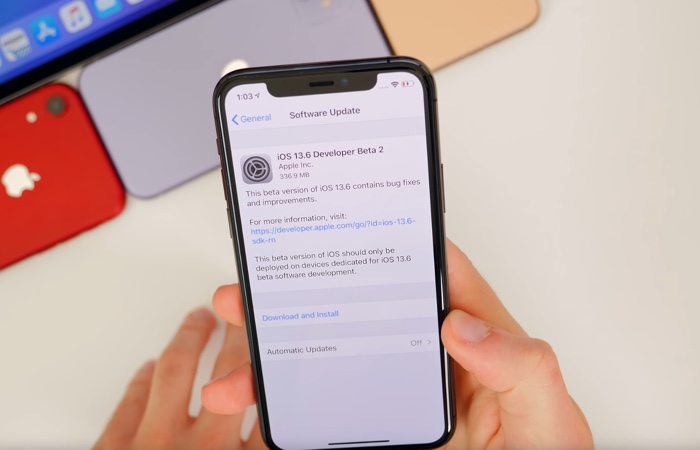 The new iOS 13.6 Beta 2 software update is now available for developers and also public beta testers to try out.

Yesterday we got to have a look at what was new in the latest beta of iOS 13.6 and now we have another video, this one is from Brandon Butch.

As we can see from the video the name of this release was changed to iOS 13.6, the first beta was released as iOS 13.5.

The update comes with some changes to the way you can schedule automatic updates on your device also some change to Apple’s Health app, there is now a symptoms section where you can record health issues.

Apple are expected to release this new iOS 13.6 software update some time in early July, we are expecting to see a number of other betas before its release.