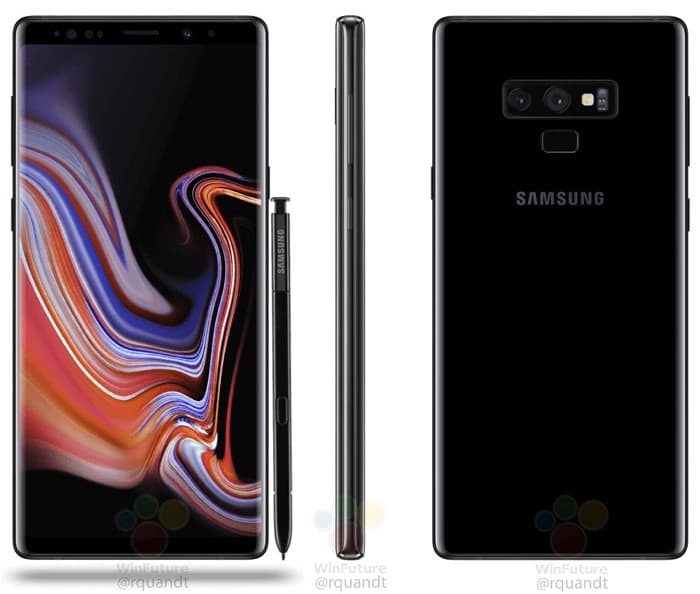 We already know what the new Samsung Galaxy Note 9 is going to look like as we have seen some leaked press renders and some photos of the handset.

Now some more press renders for the handset have been leaked, these include a picture of the black version of the Galaxy Note 9 which you can see above. There is also some more pictures of the blue color option of the handset.

The Samsung Galaxy Note 9 is rumored to come with a 6.3 inch OLED display and that will have a QHD+ resolution of 2960 x 1440 pixels. The device will feature either a Samsung Exynos 9810 or a Qualcomm Snapdragon 845 processor. 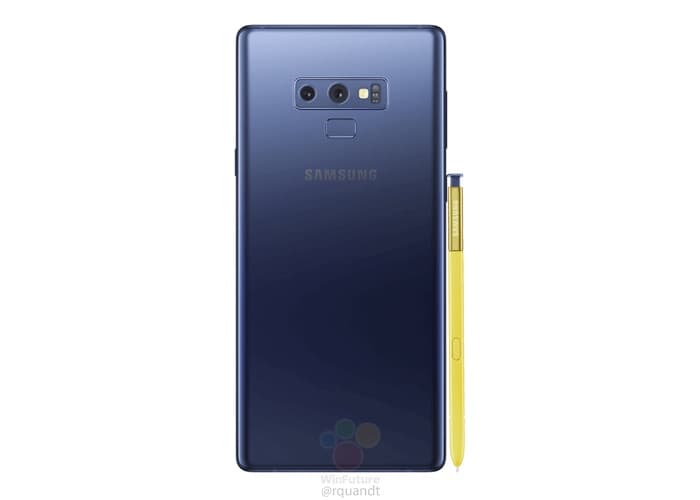 RAM will be a choice of 6GB or 8GB and storage a choice of 128GB, 256GB and 512GB. The handset will come with Android Oreo and will feature a large 4,000 mAh battery. The device will come with dual rear cameras with 12 megapixels each and an 8 megapixel front facing camera for Selfies.

Samsung will launch their new Galaxy Note 9 along with the Galaxy Watch at a press event on the 9th of August, the handset will go on sale on the 24th of August 2018.