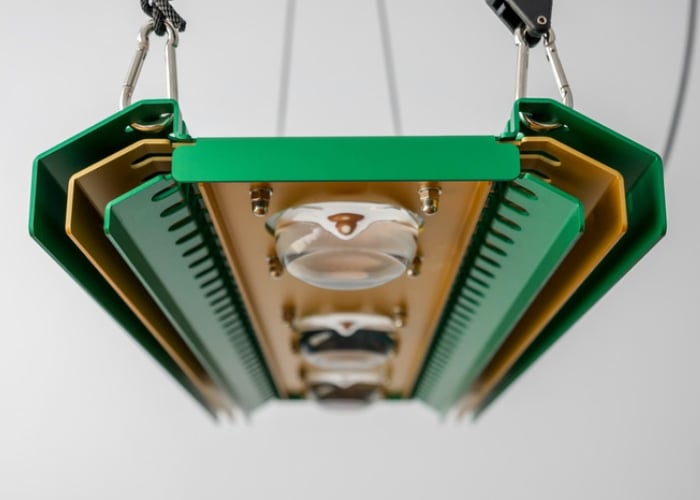 The development team at Hellises based in Vienna, Austria, which consists of a physicist, an electrical engineer and a mechanical engineer. Has created a new indoor growing light capable of providing 290W while still offering a slim design to provide maximum yield with just a small power consumption. Watch the teaser video below to learn more about the design and construction of the Hellises 290 indoor growing light.

Hellises started as a university project, with the strong desire to create a slim high quality plant light. Now it has been launched via Kickstarter with earlybird pledges available from €560 or roughly £487. If the campaign successively raises its required €120,000 European shipping is expected to take place during August 2019.

The indoor growing light offers a slim and semi modular built allowing easy replacement of the LED chips and lenses when required. Removing the need to throw your whole lamp away if you want to change your LED chips or benefit from next-generation technology.

“In 2016, I built a prototype light source during my physics and material science studies. Consequently I became interested in plant lighting and started reading as much as I could about it. After some time, I knew I could use my knowledge in physics to develop a quality product that would rival the best plant lighting systems. Months later, after seeing the promising aspects of my design, an experienced mechanical engineer and electrical engineer joined me.”

For more details and the complete list of all available page options jump over to the official Kickstarter crowdfunding campaign page by following the link below.