Robots are becoming more popular and we have seen quite a few different ones that can perform a number of different tasks, but this one has to be the coolest so far as it serves you a nice cold glass of beer, the Heineken Bot.

The Heineken Bot was made by some of the students at Middlesex university, it is basically a miniature keg on wheels that moves around in a pre-programmed area, and when a hand is mover over the top of the robot, it stops and pours you a beer, check out the video of it in action below. 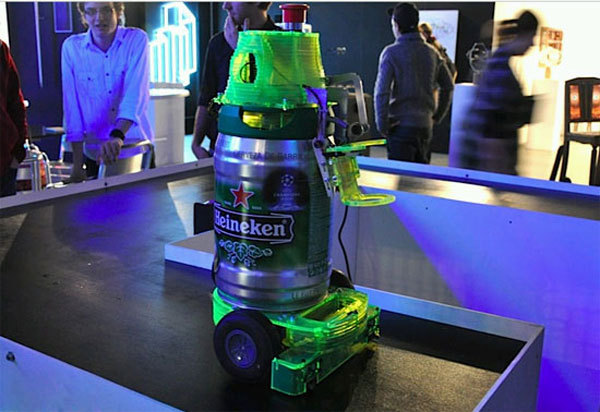 Very cool, I think we will have to get one of these for the Geeky Gadgets office, I wonder how hard it would be to make one.