One of the coolest franchises that Hasbro has is Transformers. Hasbro launched Transformers back when I was a kid and I spent lots of time trying to convert the bots to and from robot guise. Hasbro has announced a new toy line this week called KRE-O that is sort of like Lego and comes in Transformers character kits. 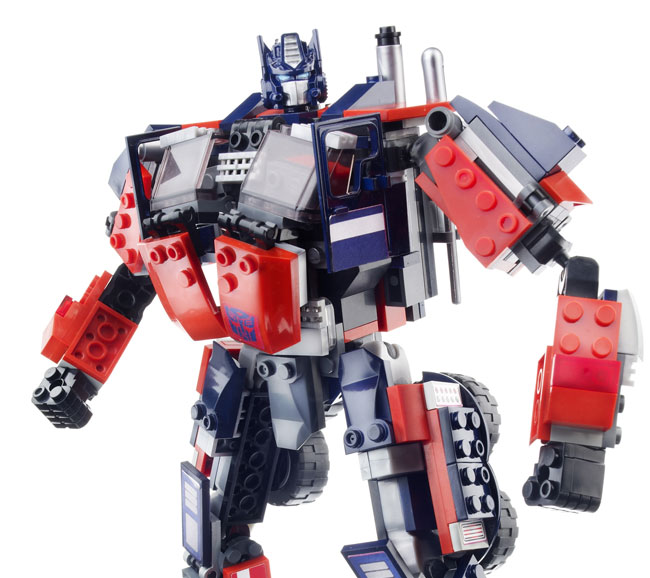 KRE-O is a building block system that will come in several different Transformers kits. The kits will include the big Optimus Prime you see here with the kit selling for $59.99. Other smaller kits will be offered as well with mini collectible figures for about $8 and other kits like Bumblebee and Starscream for about $25.

Hasbro says that the KRE-O blocks are compatible with “most” other building block systems on the market. Presumably, that means compatible with Lego blocks. The KRE-O system will land this fall.