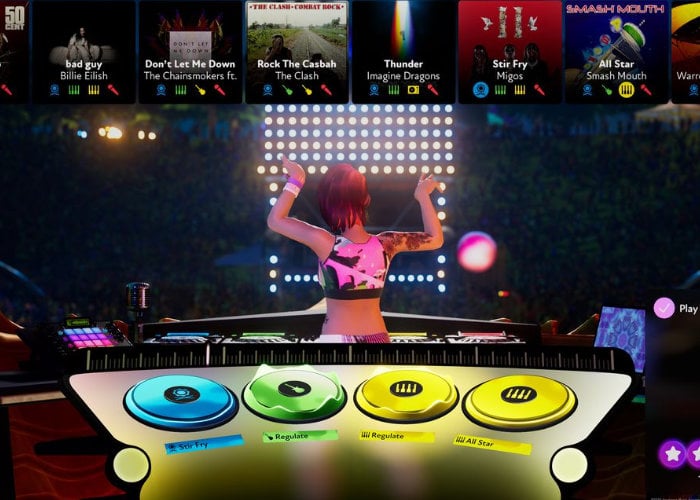 Harmonix the company behind previous music games titles such as hugely popular Rock Band and Dance Central as this week unveiled its latest creation in the form of Fuser, a game to test and improve your DJ skills. Offering mix vocals, bass lines, beats and riffs from artists like Billie Eilish and Lizzo. Check out the announcement video below to learn more about Fuser. Fuser will be available to play on the PlayStation 4, Xbox One, Nintendo Switch and PC and will be available later this year some time during the fall of 2020.

“With FUSER, we are delivering the ultimate music fantasy as a game,” said Steve Janiak, CEO, Harmonix. “Music today is an experience. It’s not just people listening to albums any more – it’s recording and sharing videos of you singing along to your favorite songs, watching your favorite bands play at festivals, and sharing hit music with your friends. FUSER puts players at the center of all that by letting you mix and share some of the biggest hits on your way to becoming a festival headliner.”

“When we first saw FUSER, we instantly knew it was something special,” said Dr. Songyee Yoon, CEO, NCSOFT. “It takes the amazing developer pedigree that Harmonix has developed over decades and distills the essence of creating, listening to, and sharing music where every player can be their own star. We can’t wait to see all the creations people will make.”