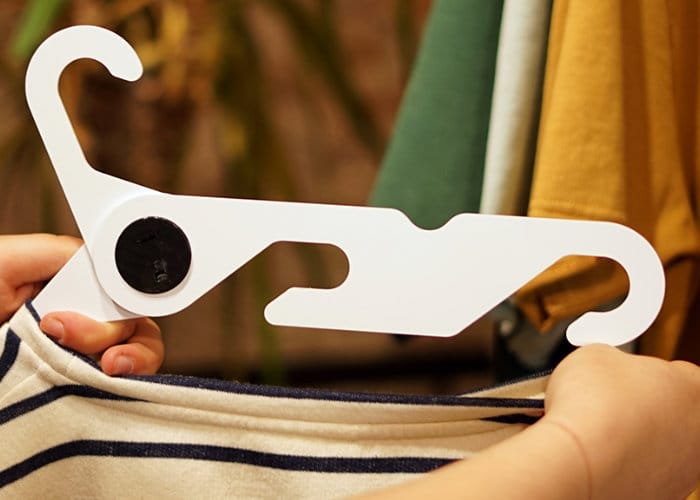 French designer Eduardo Kepekian has created a new folding hanger called the HandyHNGR, which offers a simple minimalist design with plenty of functionality in a small footprint when folded. Watch the demonstration video below to learn more about the unique clothes hanger which is this month launched via Kickstarter and is coming to the end of its campaign later today.

“HandyHNGR is the world’s first 3-in-1 Hanger : foldable, handy and classy. For anyone who wants to make their daily life easier, we have a solution. Have you ever noticed that Hangers haven’t changed in over 100 years. It is finally time to do something about it, don’t you think?”

“Eduardo Kepekian came to us with this idea of giving a meaning and a new value to a very ordinary product… a hanger. He designed the first version of HandyHNGR in 1999 when he was a student at the Marseille’s Beaux Arts School. His boomerang hanger, as an extension of the body, was selected by the Maison Mode Mediterranée and the Galerie Lafayette Marseille as an icon for one of their fashion events that promotes young fashion designers.”

For a full list of all available pledges that allow you to purchase from 1 to 100 HandyHNGRs jump over to the official Kickstarter crowdfunding campaign page by following the link below. During the Kickstarter campaign backers can save up to 50 percent off the recommended retail price.