We all know Steve Jobs is the head of Apple during its most important time. Jobs did spend some time at Atari before his Apple days as well and a hand written memo he made and sent to another Atari worker is set to hit the Sotheby’s auction block. 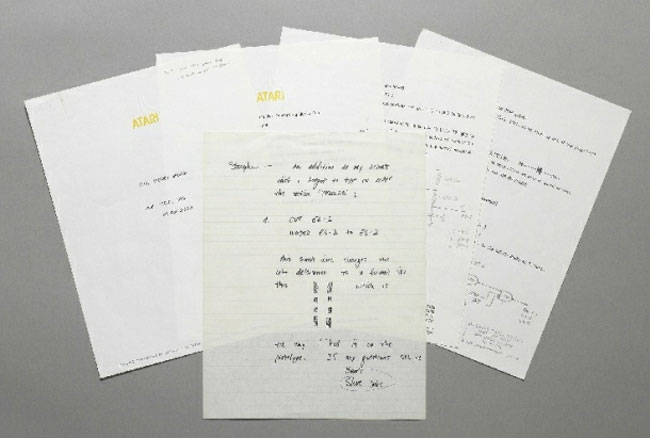 Jobs wrote the memo in 1974 when he was 19 years old and described some changes that Atari could make to World Cup Soccer to add functionality. The memo is expected to fetch anywhere between $10,000-$15,000. This is an interesting time in Jobs’ life and he apparently hired Apple cofounder Steve Wozniak to help reduce hardware requirements for single player version of Pong.

The single player version of Pong later became the Atari classic Breakout. It’s hard to believe $10,000-$15,000 is the going price for Steve Jobs memo having nothing to do with Apple.