If you are thinking of purchasing the new Halo: Reach game and own an Xbox 260 4GB Slim version you might be a little disappointed. As the co-op feature of the game will not run on the smaller  internal storage and requires an Xbox 360 certified hard drive. 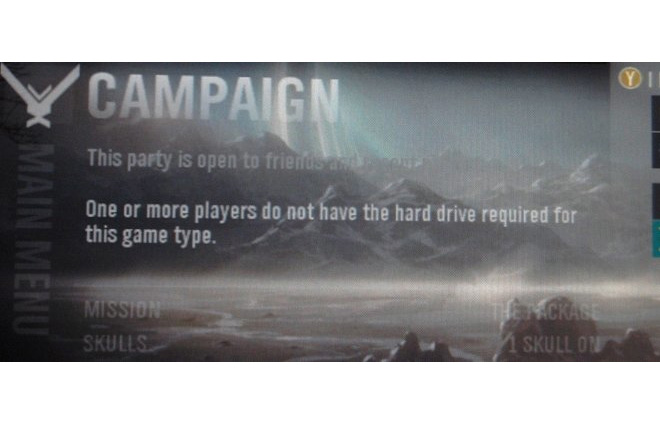 The problem was discovered by Nukezilla when they tried to install the game on  a 4Gb system and received the error above. Which means that any 4Gb owns wanting to play the co-op feature will need to invest in a new storage peripheral.

But apparently this feature is not a bug but listed at the top of the Xbox 360 FAQ site.

A1: One or more players do not have a certified Xbox 360 hard drive attached to their Xbox 360 console. Some multiplayer aspects of Halo: Reach require an Xbox 360 certified hard drive.

Unfortunately for some gamers this information was not on the boxes or mentioned in press releases. However the same error appears within the Halo ODST game as well.

The Halo co-op issue only affects the newer slim Xbox 360’s with 4GB of internal storage and no hard drive. Adding external USB will not fix the problem but normal multiplayer isn’t affected.

Via Game Connect Via Nukezilla